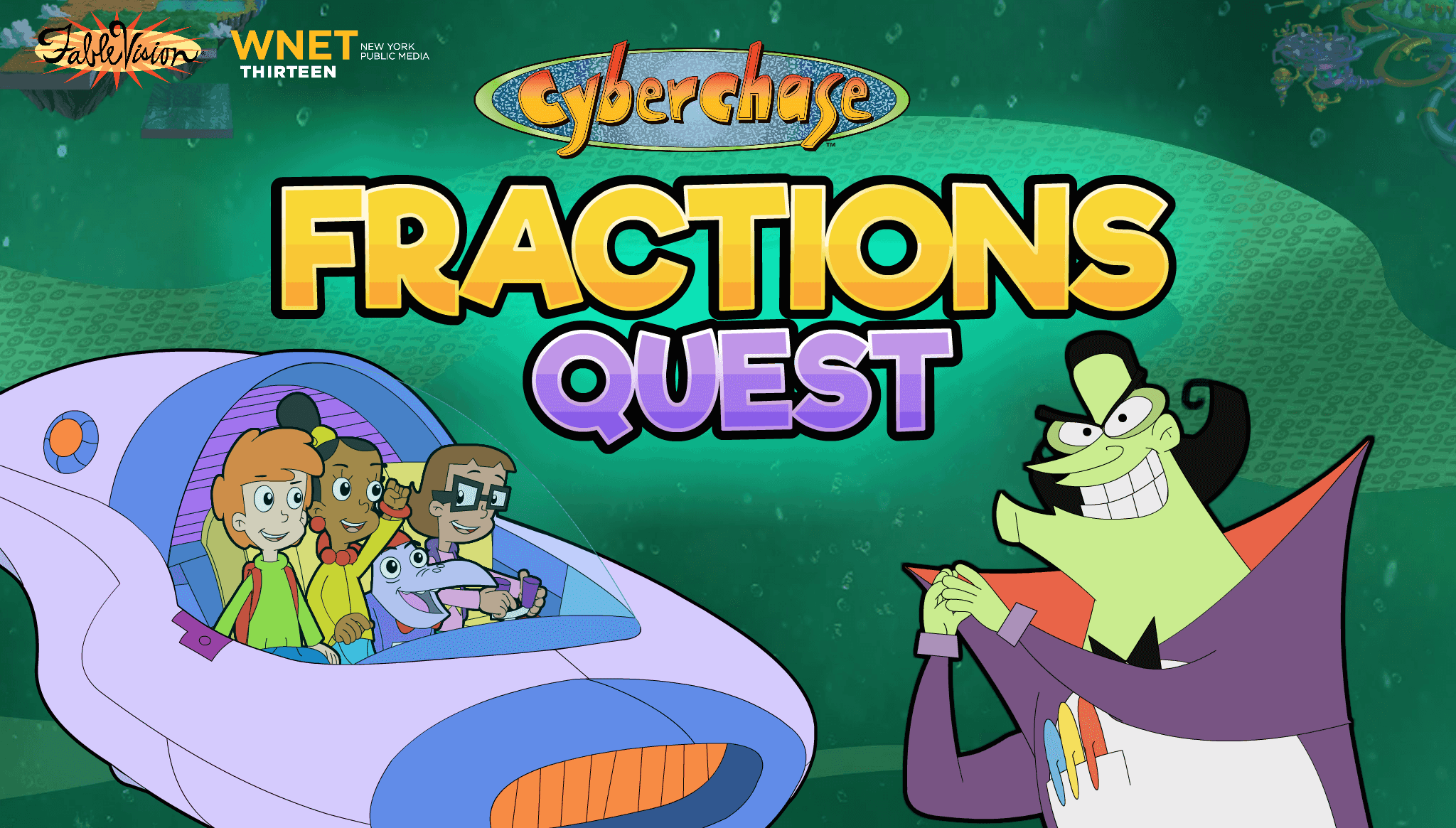 Brain power to the rescue! The villain Hacker is causing trouble again and the CyberSquad needs your students to help save the day. Created for grades 3 and 4, this immersive math learning game trains and assesses your students’ fractions and problem-solving skills incorporating the latest research on how children best learn fractions. Based on the popular, award-winning PBS KIDS math series Cyberchase, Cyberchase Fractions Quest combines a high-stakes adventure story with a research-based approach to fractions learning using a series of quest-like challenges that increase in difficulty.

You can view the full research report by logging in!

Watch the trailer below!

Watch the promo video below!